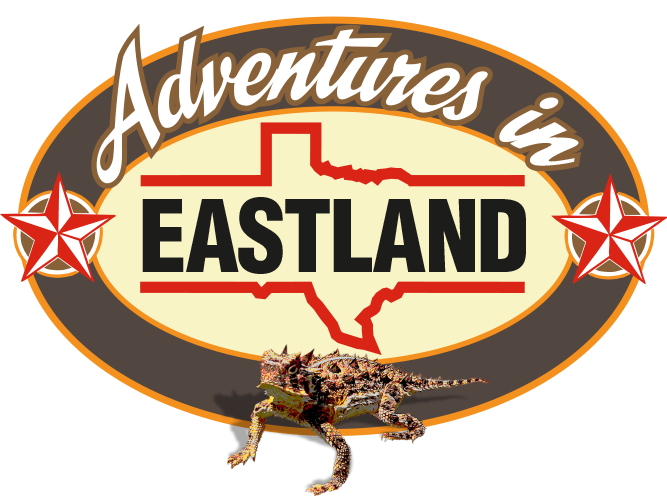 Organized in 1992, the Eastland County Museum immediately began to archive period photographs and other memorabilia related to the county and the surrounding area. The first floor has a very large space for county and traveling exhibits. The second floor is divided into the original small office spaces where volunteers have displayed items representing many past and present communities of the county. These offices, with their original dark woodwork and patterned glass, will be used for permanent displays of history of each community in Eastland County. The basement includes the vault, used to secure important museum archives, and a large room for archiving.

Preserving and teaching the past to the present and future

Named for the retired Chief Justice of the Texas 11th District Court of Appeals, the Austin McCloud Appellate Court Museum is the first of its kind in the State of Texas. The museum’s mission is to educate the public on the appellate process in Texas by tracing its past, its present and future. Through the use of multimedia resources, both on site and to be viewed in the historic Lyric Theatre nearby, the case process can be experienced from the trial court level through mandate.

Artifacts from the court’s history that are on display include an early day law office; the original House Journal in which is recorded the creation of the Eleventh Court of Appeals; books, records and historical oil and gas opinions from the days of the oil boom; as well as other documents and items from the court’s history. The museum contains a version of the original courtroom used by the Eleventh Court of Appeals.

It is believed the Museum is housed in the building that was first used for courthouse purposes after Eastland became the county seat in 1875.
.
For additional information call 254-631-0311.

Built in 1897, the old Eastland County Jail, contains many artifacts and memorabilia of Eastland County and Law Enforcement history. The jail once housed one of the infamous Santa Clause Bank Robbers in 1927 from a bloody bank heist and carvings of his name inside his cell block can still be seen. Across the street from the County Jail and on the corner, sits a stone marker telling of the timeline and events that led up to, the last public lynching in Texas.

Across the street from the County Jail and on the corner, sits a stone marker telling of the timeline and events that led up to the lynching. The museum displays the actual rope the robber was hung by.

This museum is growing and your contributions make a difference. Educational and historical artifacts & memorabilia about all law enforcement are also being sought.

Eastland's Texas Memorial commemorates historical events and people in Texas and Eastland. Located at the 'Y' of Commerce and Main Street, the park can't be missed with the six flags, that have flown over Texas, flying high:
• Spain
• France
• Mexico
• Republic of Texas
• Confederate States of America
• United States of America
Interesting facts that honor significant people and events in Texas and Eastland are displayed on marble plaques within the memorial. These plaques are part of the 35 plaques located around town that were engraved from old Connellee Hotel marble.

War Memorial - Eastland's War Memorial is positioned in the center of the Eastland cemetery and honors the fallen heroes of wars throughout the entire history of Texas.

Inspiration Cross, located in the Eastland cemetery, stands tall (30') and can be seen blocks away while approaching the cemetery's main entrance on Valley Street. The cross is dedicated to the churches and people of faith by the Eastland Community Foundation.

The Cross was originally built in Odessa, and was first erected on the site of Eastland's Warner Memorial University in the spring of 1966. It was to memorialize the passing of the University and to celebrate the resurrection of Camp Inspiration. Today, the Cross continues to represent the sacrifice of the past and hope of the future.

The Eastland Library, located at 210 South Lamar, is a happening place. New books are arriving all the time.  In the library you can find notebooks filled with history of small towns as well as the largest ones of the county. There is a genealogy department filled with history of events, places and families. There are computers for the public to use. The library depends on local volunteers for gifts of time and donations of books, magazines and money.

The Centennial Library’s genealogy department attracts people from many places whose roots reach back to Eastland County. The main project is to archive as many past obituaries as possible and have them available in indexed notebooks with a Master index for all. This will be a great resource for those who come in searching for information and also a quick resource for those who give of their time to help others.  Spend some time in the Eastland Centennial Memorial Library… see what an interesting place it is.

Eastland’s Outdoor Art Museum began with an idea from former Eastland High School art teacher and artist Cathi Ball. She, along with then art teacher Norman Logan, and a host of art students and adults started with a 210 barrel oil tank that now looks like a piece of Andy Warhol’s “Pop Art.” By the end some 42 wonderful pieces of art are placed near or on businesses throughout Eastland. Each piece of art includes a story of the painter's life or interesting details about the original piece of art. The idea behind the Art Museum is to offer art history to a small community that has no permanent facility for art education. The majority of the works are 4 x 8’ sign-boards, but some are as large as 8’ x 20’. Currently (2018) the entire Outdoor Art Museum is being inventoried as several pieces are missing from their locations. Some may have been moved, damaged, or destroyed. Once the inventory is complete a new map will replace this one. Please enjoy the Eastland Outdoor Art Museum.